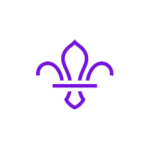 Being part of the wider Association that is Scouting in our Unit we learn “Skills for Life”. We also strive to improve the community for all of us and have fun doing so, learning lessons we all use in our daily lives. We also do activies such as Camping, DofE, Town tidies, Fundraising to fund our events, etc… We also take part in the yearly Remembrance Service and Parade in Pendennis Castle in Falmouth of which is youth lead. We run sessions through thick and thin bringing smiles and escapism to all that joins our Unit.

“Do not go where the path may lead, go instead where there is no path and a leave a trail”.

Numbers Speak For Themselves 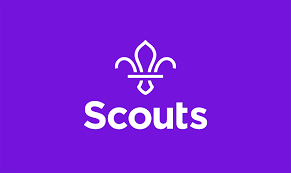 Scouting began in 1907 and was founded by Robert Baden-Powell, a lieutenant-general in the British Army, serving from 1876 until 1902 in India and Africa.

In 1899, during the Second Boer War in South Africa, Baden-Powell successfully defended the town of Mafeking in a siege that lasted seven months.  Baden-Powell’s troops were vastly outnumbered so he used local boys to administer first aid, carry messages and run errands.

On returning to the UK, Baden-Powell realised that boys at home could benefit from similar sorts of activities to the boys at Mafeking.  These activities went on to form the basis of the Scouting Movement.

While Scouting remains relevant, educational and exciting today, it has not strayed too far from its roots; outdoor adventure, helping others and Scouting skills remain the most iconic of its activities.

Over the years since our foundation we have constantly had to adapt to meet the needs of society and our young people.

Baden-Powell (B-P) runs an experimental camp for 20 boys, from different backgrounds, on Brownsea Island in Dorset, based on the ideas he had begun to formulate.

B-P writes his ideas in a book titled Scouting for Boys (one of the top 10 best-selling books of the 20th century).  Scouting took on a life of its own as groups of boys across the country began to organise themselves into Patrols, using B-P’s book as the basis for camps and activities, and persuading adults to become their leaders.  B-P introduced the motto “Be Prepared” (based on his initials) which is still the Scout motto today.

Wolf Cubs begins for younger brothers who want to get involved.  Many years later it would be renamed Cub Scouts.

The first Little Brothers groups started up in Northern Ireland, they would later go on to become Beaver Scouts.

A report is published recommending the biggest shake-up of Scouting since it began.

Girls are admitted into Venture Scouts.

The decision is taken to allow girls to become members of all sections.

Venture Scouts replaced by Explorer Scouts and the Scout Network.  The Balanced Programme is introduced.

The Scout Association celebrates the centenary of Scouting.